Twin Towers – The Story Behind the Painting 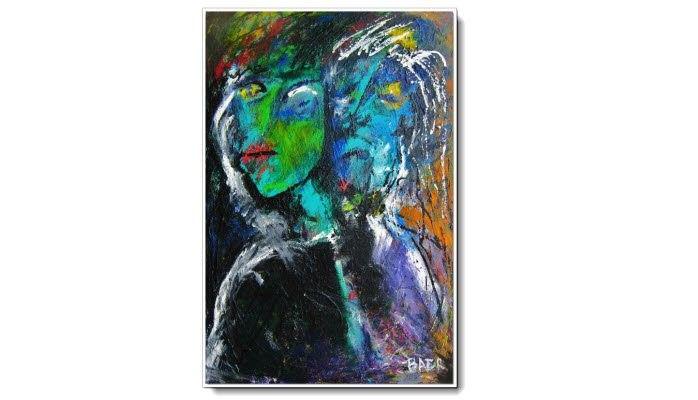 I was in my office in New Jersey when the news broke. Along with fellow co-workers, we all packed into a conference room and watched the news as the first and then second tower were struck to everyone’s disbelief. My son Matthew was in the DC area; so my mind then switched to his safety as news of the Pentagon attack was announced. It was one of the most surreal days I can remember.

Later that afternoon, as the dust made its way south from NYC into NJ, I felt shock and overwhelmed with great sadness. I placed a blank canvas on a table in my yard and this image appeared which I entitled “Twin Towers”. The personification of the two within this painting representing the towers huddled together in disbelief, horror and fear, as many were that day, is not a pretty image… but it represents a moment in time… an ungodly and cowardly act that no one will ever forget.